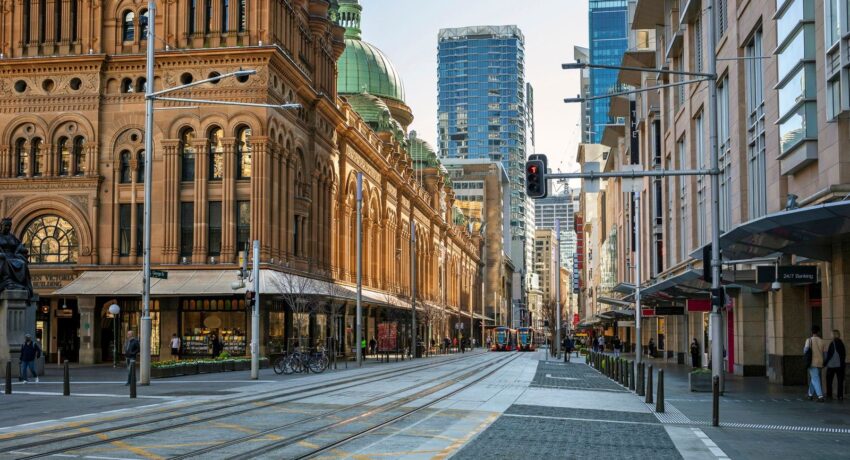 Cities across the world have had to rethink security in the face of the Covid-19 pandemic – here are the ones doing it well.

Nothing in modern memory has changed city life quite like Covid has. From the closure of city-centre offices to mask mandates to restaurant restrictions, pandemic precautions have transformed the landscape of cities across the world, likely for the long term. In fact, the pandemic is the first of its scale to happen to us as an “urbanised” species. When the Spanish Flu hit in the early 1900s, only 14% of humans lived in cities, but today that figure has risen to 57%, according to estimates by the UN Population Division.

As a result, cities have had to become even more vigilant in terms of health protections and overall security to better protect their populations. To clarify what changes have led to higher safety, the Economist Intelligence Unit recently released the 2021 Safe Cities Index, which ranks 60 cities based on 76 safety indicators across infrastructure, digital life, personal security, environmental factors and, of course, health – with pandemic preparedness and Covid-19 mortality included this year.

Those ranked at the top of the index – including Copenhagen, Toronto, Singapore, Sydney and Tokyo – all had factors that illustrate how overall safety correlates to a strong sense of social cohesion, total population inclusion and societal trust. We talked to residents in these cities to see how the changes wrought by the pandemic have made their cities more secure, inclusive and resilient; and what travellers still need to know to stay safe when they’re finally able to visit.

Ranked at the top of the index, Denmark’s capital ranked particularly well due to the index’s new environmental security pillar, which measures sustainability (including renewable energy incentives), air quality, waste management and urban forest cover. The latter absolutely had an impact in how well the city and its residents were able to cope with pandemic restrictions, which have been completely lifted as of September 2021.

“The parks and green areas as well as waterways were extremely popular during the pandemic. Copenhageners were strolling around buying takeaway and enjoying the city’s many breathing spaces,” said resident Asbjørn Overgaard, CEO of non-profit Copenhagen Capacity. The city also continues to provide “Corona-guides” to assist people, as well as extensive signage and clear markings to create space between groups outdoors.

The community spirit of the country, best summed up in the Danish word samfundssind, also enables citizens of the country to work together and trust each other — including government officials – to create a safer living environment. The Safe Cities Index found a high correlation between control of corruption and safer cities, so it’s no surprise that Denmark’s ranking as one of the world’s least corrupt countrieshas enabled its citizens to trust its institutions and each other throughout the pandemic.

Copenhagen also implemented a massive Covid testing programme, which remains free for everyone, including tourists. The data gathered allows for the detailed monitoring of outbreaks; in addition, the city will be implementing wastewater testing to catch outbreaks early.

Canada’s largest city ranked a close second in the index in overall safety, with strong scores in infrastructure and environmental security. Residents credit an inclusive culture that values targeted communication across communities, especially when it comes to vaccine awareness and adoption.

Toronto resident Farida Talaat points to how the city initiated a number of community-specific vaccination programmes to help make the city safer. For instance, The Homebound Sprint Vaccination plan worked to complete first doses for residents who couldn’t leave their homes; and the Black Scientists’ Task Force on Vaccine Equity was established early in the vaccination effort to ensure a more equity-based approach to inoculation.

Locals also feel safe because of the city’s long history of multiculturalism. “In Toronto, it is normal to be born outside Canada. I’ve found that different ethnic and cultural groups actually interact with each other and do not live in silos,” said Filipe Vernaza, who has lived in the city since 1998. “A typical group of people likely has people from different ethnicities, sexual orientations and religions. Toronto is an extremely open-minded city where you can feel safe being who you are.”

Ranking second in digital security, health security and infrastructure security, Singapore used those strengths to move fast during the early days of the pandemic, rolling out digital monitoring and contact tracing quickly. The country also boasts one of the world’s highest vaccination rates (currently at 80%), but still requires strict monitoring and contact tracing in the face of new variants.

“Before they can enter the buildings or premises, all residents need to scan their TraceTogether token or phone app for SafeEntry check-ins,” said Singapore resident Sam Lee, who runs an eponymous travel blog. “This allows the [authorities] to track down individuals who might have mingled or interacted with the infected ones quickly so that a quarantine order can be carried out to contain or break the virus transmission link.”

Travellers also need to install the TraceTogether token or rent a phone with it installed before they get into the country.

Working from home has become standard across most workplaces to reduce interactions, which Lee notes has led to less crowded public transportation. Tourist attractions and shopping malls have limited entrances, and “Safe Distancing Ambassadors” monitor crowds to ensure the public complies with health orders; individuals who break them face hefty fines. The public can also track crowds at malls, post offices and grocery stores with the newly launched Space Out tool.

Australia’s largest city scored fifth overall in the index, and in the top 10 for health security. Australia was one of the first countries to completely shut its borders during the pandemic and has maintained strict lockdowns in the face of rising cases – to positive effect. The per capita Covid death rate in Australia continues to be one of the lowest in the world. As vaccinations reach 70% in New South Wales, many of those restrictions are expected to lift and international borders are set to open in November.

Along with feeling protected from the pandemic, residents have long felt a strong sense of personal safety in the streets of Sydney. “I have truly never felt as safe in a country as I have living in Sydney,” said Chloe Scorgie, founder of Australian travel website Passport Down Under, who first moved to Sydney in 2018. “I travelled around Sydney as a solo female traveller and never felt like I was in any danger.”

The city also ranked number one in digital security, which includes a city’s privacy policy, cybersecurity protections and threats and overall smart city plan. Sydney has led this effort in part with its Smart City strategic framework, which outlines some of the innovations recommended for more connected, safer cities. For instance, the plan outlines how smart sensors could be placed in waste bins, streetlamps and benches to collect information on overall usage, transportation flows and pedestrian activity. Similarly, smart lighting and CCTV networks could improve after-dark safety and the night-time economy.

Some of these ideas are already being put to work in south Sydney in the form of ChillOUT hubs: open-air spaces where residents can meet up under smart lighting, connect to WiFi and plug in electronics, with data on usage sent back to city leaders so they can better understand and adapt to how their citizens interact with the city’s infrastructure.

Japan’s capital ranked fifth in the overall index and at the very top of the health security index, which measures factors like universal healthcare, pandemic preparedness, life expectancy, mental health and Covid-19 mortality. Though cases surged during the Olympics, rates have fallen dramatically as vaccinations have reached nearly 60% of the population. In light of the positive news, Japan announced the end of the federal state of emergency and the gradual lifting of restrictions as of the end of September 2021. In their place, the country plans to encourage the use of its vaccine passport for admittance to medical facilities and large events, and even encourage businesses to offer discounts or coupons to passport holders.

Tokyo also scored in the top five for its infrastructure security, which includes transport safety, pedestrian friendliness and transportation networks. As a walkable city connected by rail, Tokyo was built to encourage walking and community engagement – which has, in turn, led to a stronger citizen participation in security in the forms of neighbourhood crime prevention and watches, and a shared sense of responsibility for crime prevention.

“From the various lost-and-found centres at train stations to the almost unnecessary bike locks, there’s an immense amount of respect towards the wellbeing of others,” said Sena Chang, Tokyo resident and founder of The Global Youth Review magazine.

She recalls a time she lost her shopping bag in the heart of the city, only to find it in the same place she had left it, along with a kind note. “A centuries-long culture of collectivism and a great amount of respect for each other makes Tokyo the safest city I’ve lived in,” she said.